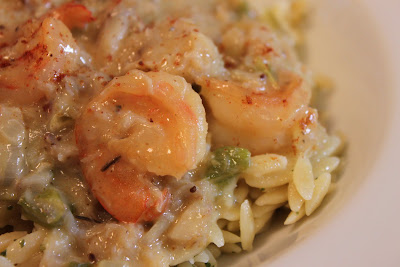 Since my wedding anniversary is on Wednesday, I decided to make a special dinner this weekend to celebrate the event, freeing myself up for a possible dinner out next weekend. See how clever I am? ﻿Anyway, I'm calling this a special occasion recipe because it's not a cheap dish to make unless you have access to cheap shrimp and crab which some of you probably do. When my husband tasted this last night, he said, "This is the kind of recipe that could put some people out of business." Fear not local restaurant owners, I'm not gunning for you...yet. 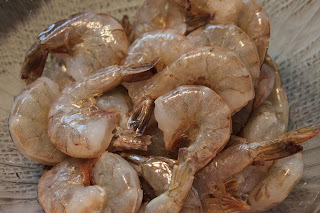 Peel and devein one pound of shrimp. 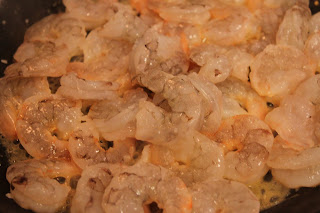 In a large skillet, heat one tablespoon of olive oil over medium-high heat. Add the shrimp and sprinkle with a pinch of kosher salt. Cook for about two minutes. Shrimp will not be done. Remove the shrimp from the heat.. 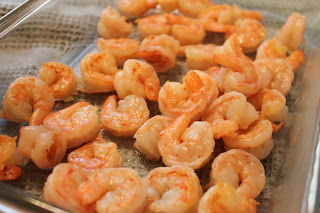 Spread out the shrimp in a casserole dish. Set aside. 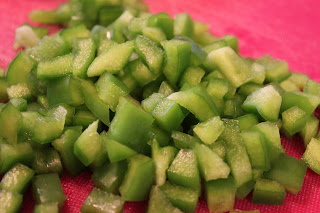 Next, I diced a half of large green bell pepper. 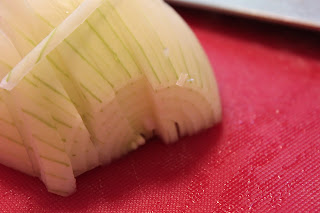 And, chopped up the onion about the same size as the pepper. 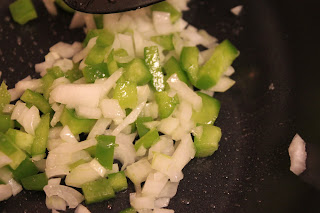 I added a teaspoon of olive oil to the same pan I used to cook the shrimp in. No need to mess up another pan. Sprinkle with a pinch of kosher salt. 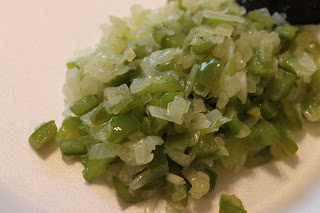 I cooked the veggies until they were soft. 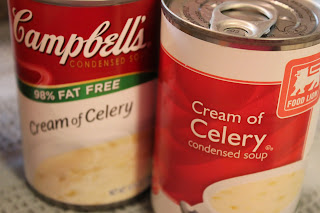 For the base of the sauce, I used two cans of cream of celery soup. 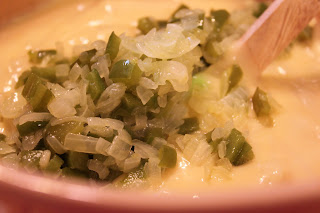 In a large bowl, I stirred the soups until smooth. Then, I added the bell pepper-onion mixture. 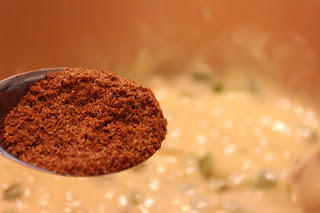 I then added the dry seasonings: seafood seasoning, pepper, and garlic salt. Next came the lemon juice 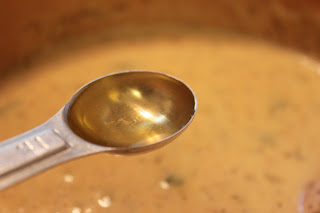 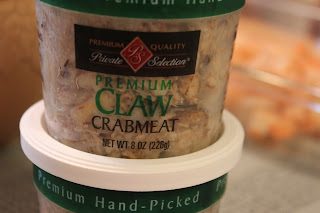 I used two cans of claw crabmeat. This was the cheapest crab in the seafood section. 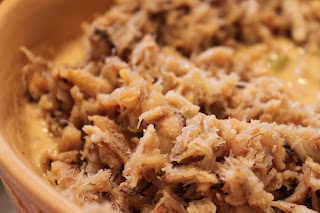 I added the crab to the sauce mixture. Blend well. 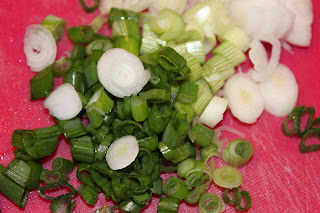 At the last minute, I added some fresh green onions. 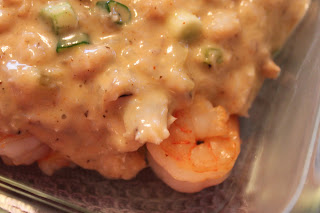 Spread the crab mixture over the shrimp. 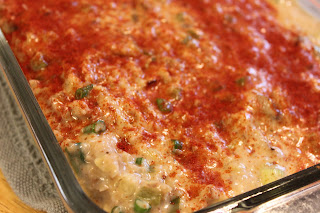 Sprinkle with paprika. Bake at 350 for 45 minutes. The mixture will not thicken up quite like a casserole. It's thicker than chowder though. It's perfect to serve over rice, orzo, or a short pasta.

Served over a bed of seasoned orzo, it was the perfect dish to celebrate a milestone!