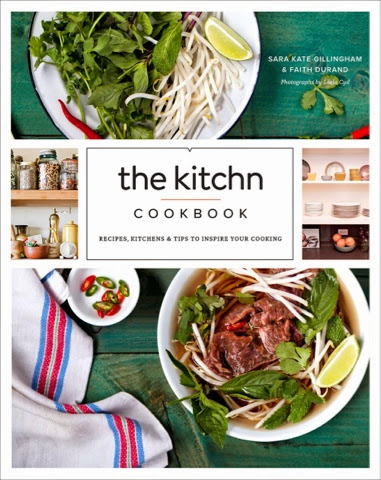 The Kitchn Cookbook is more of a culinary textbook rather than a cookbook. In addition to recipes which cover breakfast, appetizers, drinks, main dishes, sides & salads, and desserts, the book is rich with information on how to set up, stock up, and maintain your kitchen. This book is perfect for beginning and expert cooks. Even if you've been in your current kitchen for a couple of decades, you will still be able to find inspiration in this book.

Part I of the book includes three chapters on setting up the kitchen, focusing on kitchen tools, and caring for your kitchen. Advice is given on working in any kind of kitchen from extra-small, rental kitchen, one-drawer kitchen to the too-large kitchen. As someone who cooks in a small kitchen, I can't even imagine having a kitchen that is too large. The book is filled with gorgeous photos of kitchen gadgets and layouts. Yes, I love looking at photos of kitchens. The book also invites us into the personal kitchens of various chefs, artists, and designers.

Part II offers suggestions on stocking the pantry, planning meals, and mastering essential skills in the kitchen. The section of the book contains the recipes. Everything in the book leads to the final chapter, gathering, which incorporates everything you've learned into creating a welcoming and stress-free event for family and friends.

The Kitchn Cookbook is a wonderful addition to my cookbook collection. It is so dense and rich with information on every aspect of cooking that I'm sure that I'll find something new every time I open its cover. I can't wait to explore it in more depth.

For more information on the book and authors as well as a sneak peek inside, visit the Random House website here: http://www.randomhouse.com/book/228157/the-kitchn-cookbook-by-sara-kate-gillingham-and-faith-durand

Disclaimer: Blogging for Books provided me with a review copy of this book in exchange for my honest opinion.
Posted by Kim McCallie at 10:27 AM No comments: 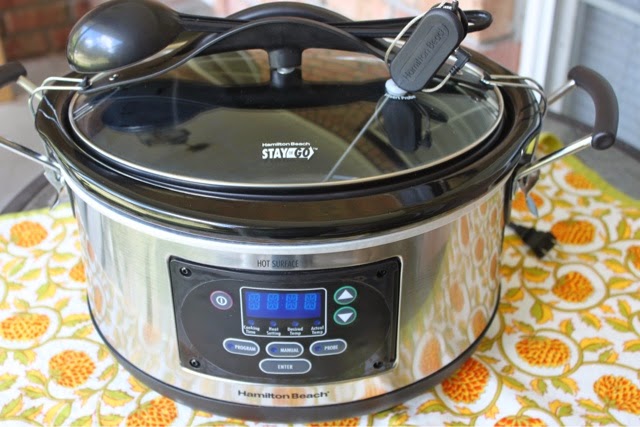 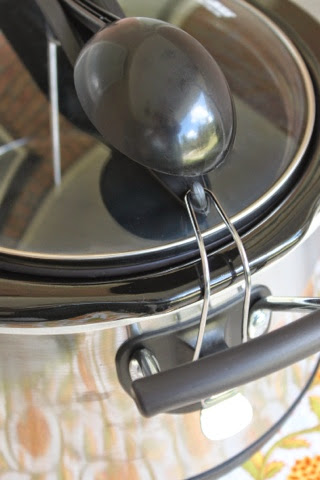 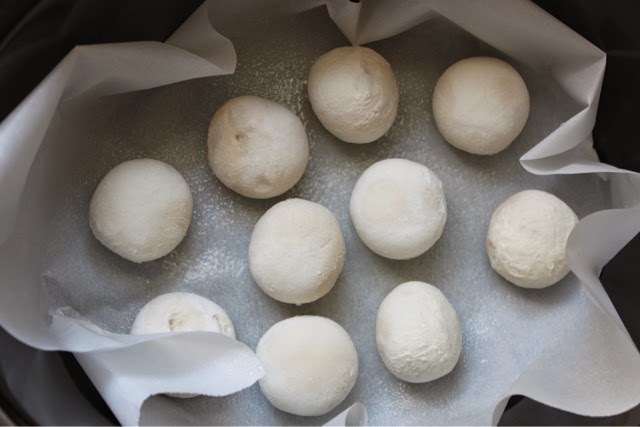 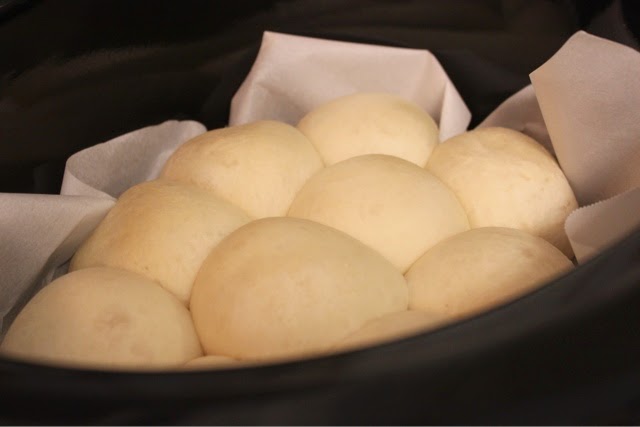 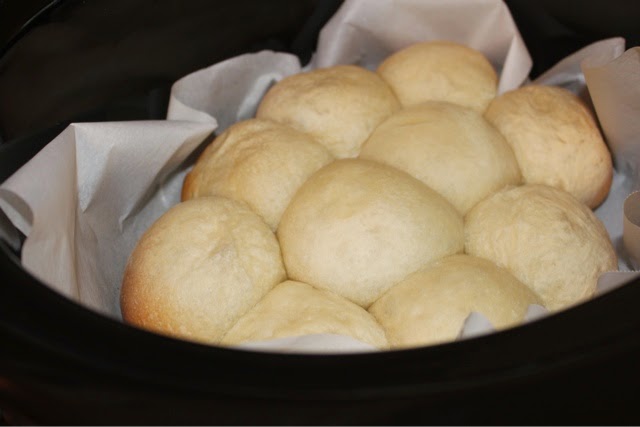 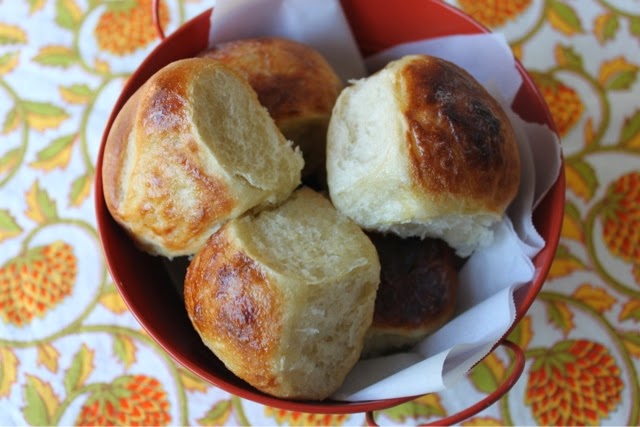 Disclaimer: I received this product for review through the Hamilton Beach Ambassador Program. However, the opinion expressed here is my own. 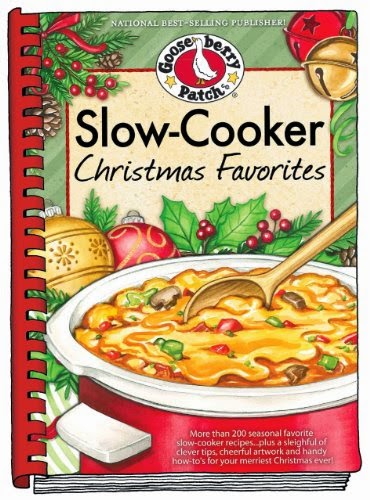 Cooler weather is on its way. In fact, it has already arrived in many parts of the country. With the weather cooling down and the holidays on the way, now is the perfect time to pull out a slow-cooker (or two) and try out some new recipes along with your old family favorites. Gooseberry Patch wants to help you to discover those new recipes in this year's holiday cookbook, Slow-Cooker Christmas Favorites.


~Table of Contents~
There were several recipes for side dishes that I was attracted to and am going to try out for Thanksgiving dinner, including the rolls I've featured here. Recipes such as Cornbread Dressing, Old-Fashioned Scalloped Corn, and Grandma's Cranberry Sauce should have my kitchen smelling like the holidays. Fortunately, I have more than one slow-cooker to put into action. Using the slow-cooker for my side dishes will free up space in the oven for the turkey, casseroles, and pies.

When I was trying to decide which recipe to test out for the review, I wanted to do something a little out of the norm from your typical slow-cooker recipe. When I saw this simple "recipe" for Fresh-Baked Dinner Rolls, I knew that this would be the one for me. I would consider it more of a process than a recipe. I followed the directions precisely and the rolls turned out exactly as they should. Working with yeast rolls/breaks is not my speciality so I loved this easy method of making rolls. You definitely need to give this one a try! Gooseberry Patch has generously provided me with a copy of Slow-Cooker Christmas Favorites to give away to one of my lucky readers. Enter at the widget below. Please be patient as it may take a few moments to load. Deadline: November 9, 2014.

Disclaimer: Gooseberry Patch provided me with a review copy of the cookbook; however, the opinion expressed here is my own.

a Rafflecopter giveaway
Posted by Kim McCallie at 2:13 PM 42 comments: 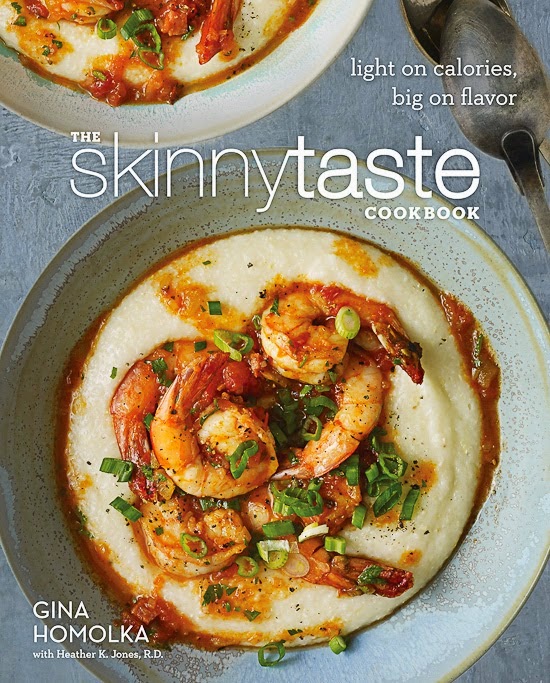 Confession: I sometimes turned up my nose at "light" cookbooks because I didn't think that I could identify with the recipes. However, when I received a review copy of The SkinnyTaste Cookbook by Gina Homolka, I was immediately impressed by everything this cookbook had to offer. I quickly realized that these recipes and cooking methods were much more closely related to the way that I prefer to cook such as using olive oil instead of butter. Since I don't eat cheese and very little dairy products, I always found myself  trying to remove these ingredients from recipes. It is wonderful to find a cookbook that has recipes that aren't drowning in cheese and cream sauces.

Whenever I pick up a new cookbook, I like to mark the pages that contain recipes that I want to try. There have been many times when I've gotten to the end of the cookbook and haven't marked one single page. That definitely wasn't the case with this cookbook. Every time I go through this book, I am more and more impressed with the recipes. There are just so many of them that excite me.

I could go on and on about these recipes. I am not exaggerating when I say how appealing these recipes are. The salad chapter in most cookbook is usually the chapter that I skim through with little enthusiasm. Why would I be interested in a salad? But, I've found myself drawn to Coconut Chicken Salad with Warm Honey-Mustard Vinaigrette, Buffalo Chicken Salad, and Turkey Santa Fe Taco Salad with Avocado Crema. I'm actually looking forward to making a salad now. I never thought I would say that...ever!

The SkinnyTaste Cookbook is one of my favorite cookbooks of 2014 and I think it will be one of yours, too. Buy it - you won't be disappointed!

GINA HOMOLKA is the founder of Skinnytaste.com, the award-winning blog that's been featured on Fitness, Better Homes and Gardens, Glamour.com, and FineCooking.com, among other media outlets. She lives on Long Island with her husband and their two children.

HEATHER K. JONES, R.D. is a registered dietitian, the author of several nutrition books, and the founder of www.heatherkjones.com, a weight loss resource that focuses on healing and hope instead of diets and deprivation.

Disclaimer: A review copy of this cookbook was provided to me through Blogging for Books in exchange for my honest opinion.

Posted by Kim McCallie at 3:37 PM No comments: