Cookbooks are abundant in my house. There is a stack on my nightstand that provides me nightly reading pleasure. There's another stack at the foot of my bed. In addition to these, I have devoted the coat closet in my hallway to my cookbook collection. Most recently, I bought a huge wicker basket to serve as the review queue for those cookbooks that are recently arriving to the McCallie manor and need to be reviewed for the blog.

When I'm not physically surrounded by cookbooks, I am virtually surrounded by them. My Amazon Wish Lists are long and detailed with various categories based on release dates, publishers, etc. I'm sure it may seem odd to some of you that someone would take such an obsessive interest in cookbooks. It feels a little odd to me to admit to such a thing but here we are. I like to think that I'm not alone in my obsession so I've poured through my wish lists to find some upcoming releases that I just have to share with you. 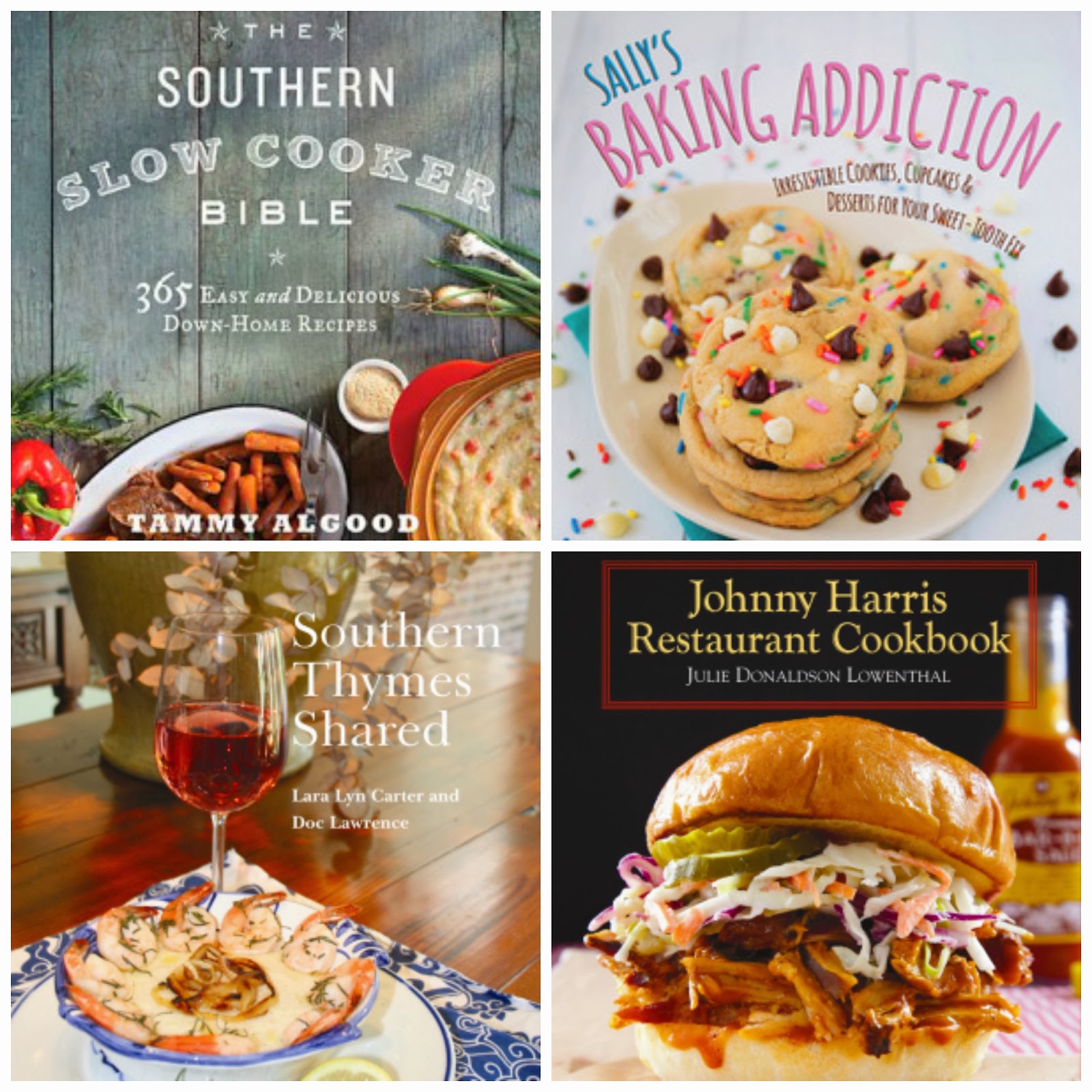 February Releases
My thoughts: I have several cookbooks by Tammy Algood and all of them are excellent. The author is so creative with her recipes. She takes basic ingredients and uses them in unique ways. I'm expecting the same with this book. Slow cooker cookbooks can be a little boring to me so I'm hoping that Algood can kick it up a notch. ~Some of you may be familiar with the dessert blog, Sally's Baking Addiction, and know that she is releasing her first cookbook in February. I'm sure her fans will be all over this one. ~Now, if you've read my blog for a while, you know how much I love Southern food and cookbooks. I'm hoping this one can enhance my Southern cookbook collection. ~ Ah, the Johnny Harris Restaurant Cookbook...I live near Savannah, GA so I've eaten at this restaurant a couple of times, most recently over the Christmas holidays. I'm excited about the prospect of recreating the dishes at home and returning to the restaurant for a comparison. 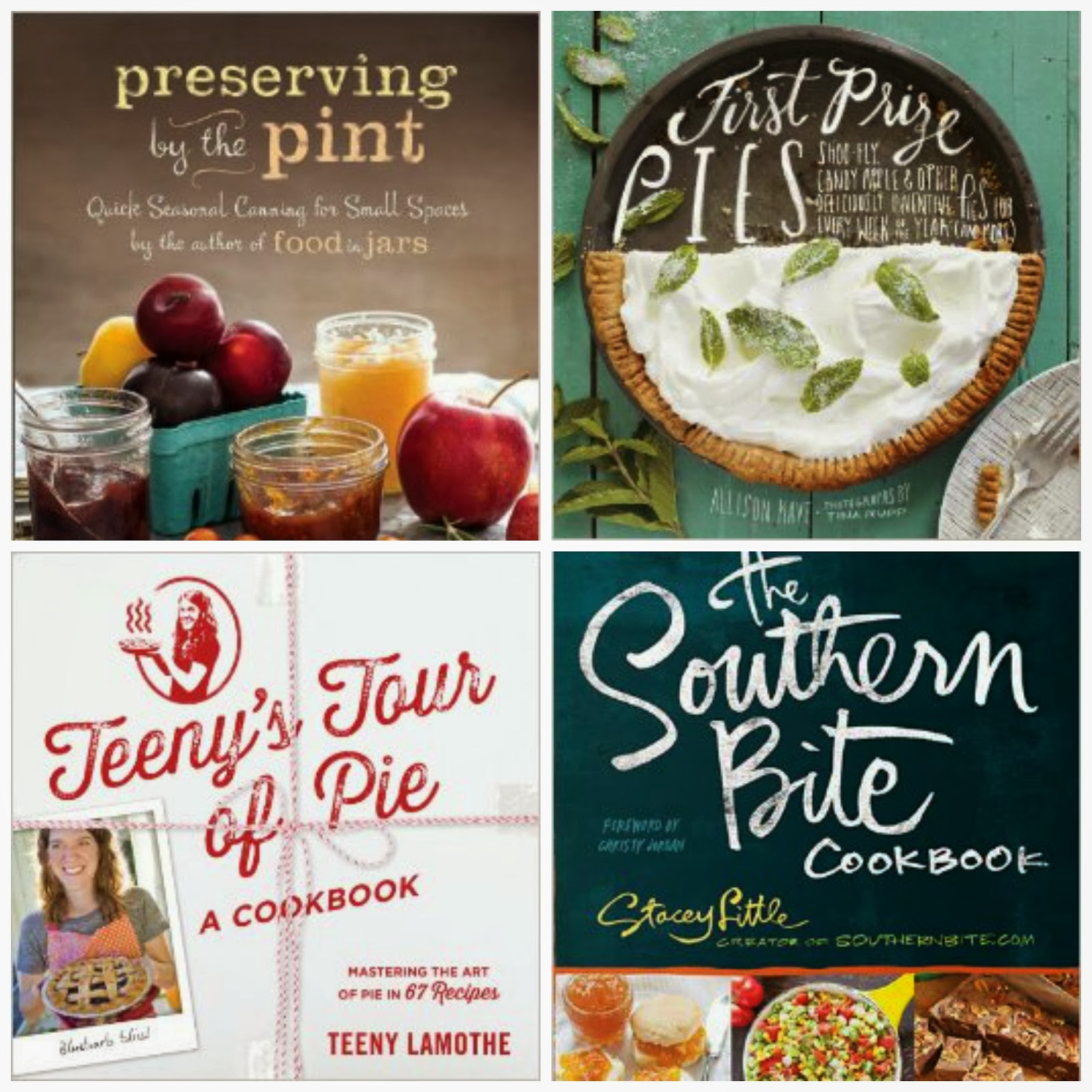 My thoughts: I'm trying to get my groove with preserving and love the idea of preserving in small batches. I have McClellan's first preserving cookbook and think this one is more suited to my preserving needs. ~ I just have a thing for pie cookbooks. I do. So, the fact that these two pie cookbooks are coming out in March is making me giddy. Yes, they must be part of my pie cookbook collection. Yes, I have a collection of pie cookbooks... ~Another Southern cookbook, The Southern Bite Cookbook, is from the Stacey Little at southernbite.com. 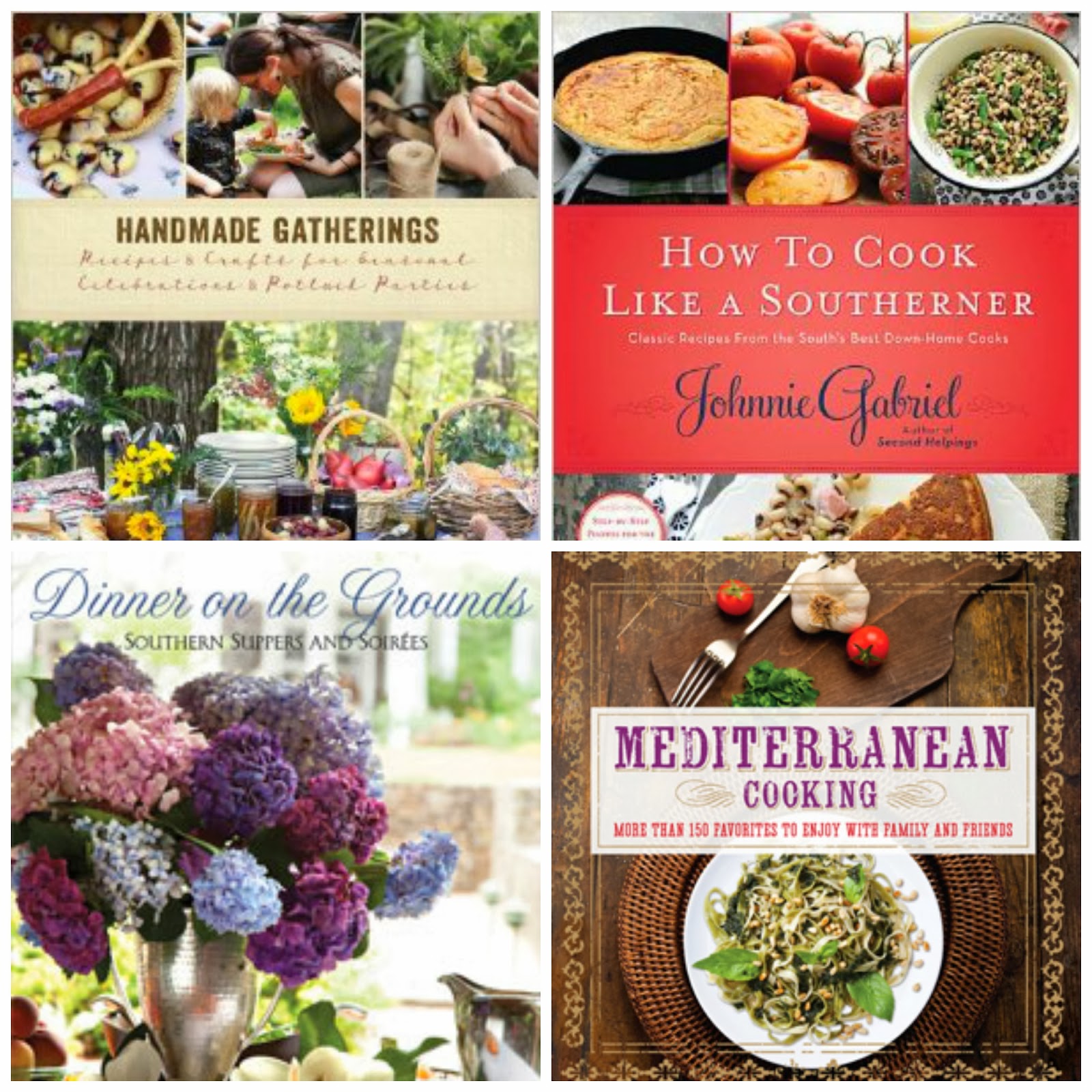 
My thoughts: Eek!! The excitement that is April cookbooks!! So much to say here. First, I love Ashley English and her blog, Small Measure (www.smallmeasure.com). I read her blog on a regular basis and own several of her books, including her pie cookbook. I just love everything that Ashley is about and can't wait to see the parts of her life that she shares in this new book. ~ Next, I own Johnnie Gabriel's first two cookbooks and know that I need this one site unseen. I don't need to look inside of this one to know that this cookbook will be filled with quality recipes and lovely, inspiring essays. ~ One of my favorite cookbooks of 2013 is James Farmer's A Time to Cook. I love everything about it from the recipes, to the photos, to the writing style. It's a gorgeous cookbook!! You need it. You can just look at the cover above to know that see that this book will be full of style. ~ Finally, I'm stepping out of my comfort zone with Mediterranean Cooking. I've seen some of the recipes that are featured in this cookbook and I can't wait to get into the kitchen to recreate these recipes and expand my family's eating horizons.

I hope that you've found a cookbook or two that piques your interest. All of my thoughts here are based on cookbooks that I currently own by some of the authors and the detailed information that I have garnered from Amazon. If you buy any of these cookbooks, please come back and share your opinion with us.

Posted by Kim McCallie at 6:03 PM No comments:

Email ThisBlogThis!Share to TwitterShare to FacebookShare to Pinterest
Labels: Cookbooks 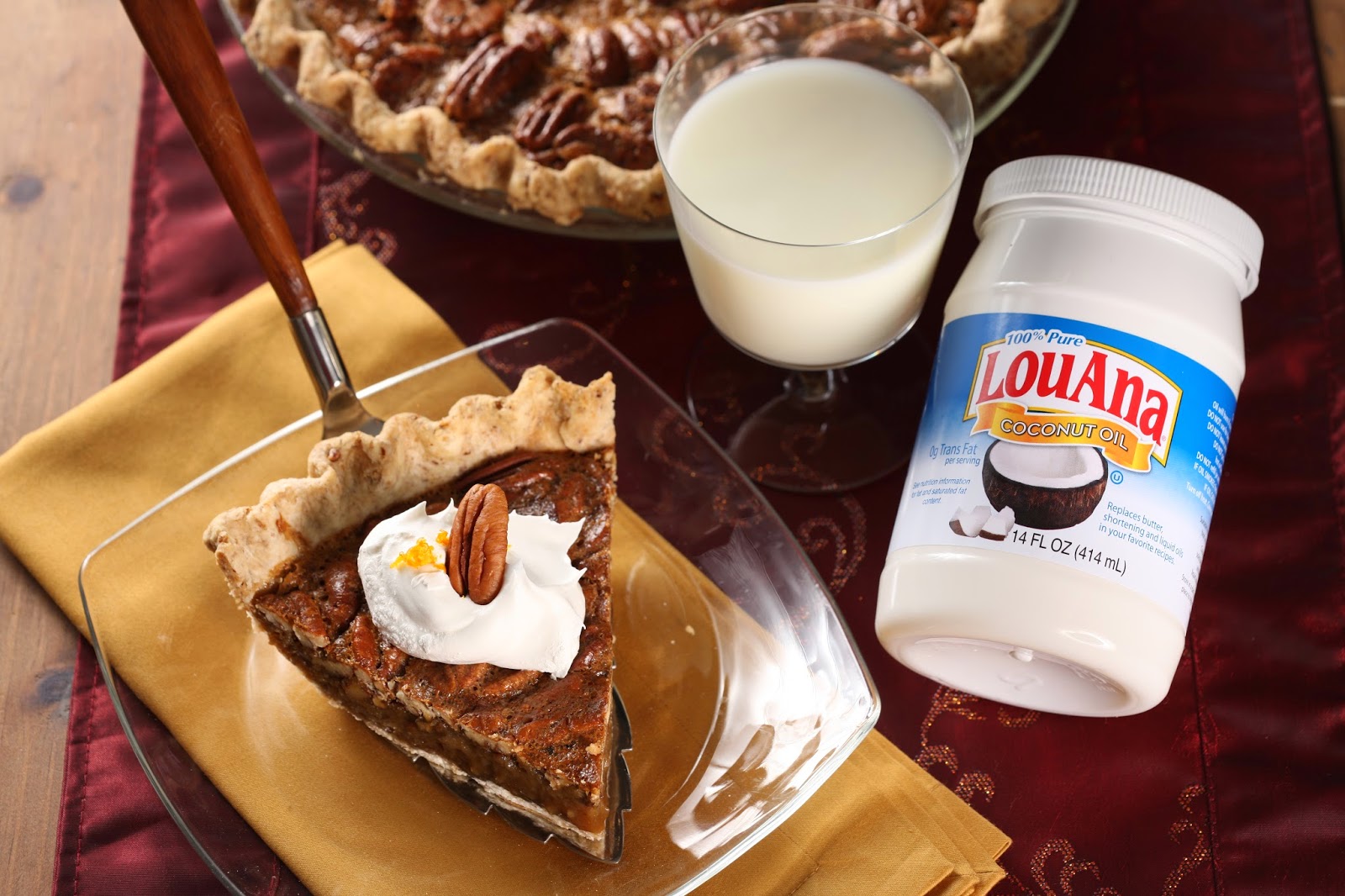 Photo Provided by LouAna® Foods
I've been aware of coconut oil for quite some time now. I see it used in recipes and beauty routines all over the internet. When I was approached by LouAna® Foods to give their coconut oil a try, I jumped at the opportunity. They also offered several recipes to test and, naturally, I went for the pecan pie recipe. We love pecan pie around here. I've tried many recipes in the past which called for butter or margarine. I was interested to see how the coconut oil would affect the pie.

Because I had never cooked with coconut oil, I didn't know quite what to expect. Coconut oil does not have the consistency of oil. It is quite firm, even firmer than shortening so can be used in a variety of ways from baking sweets to sauteing savory dishes. When my husband saw the words "coconut oil", he immediately thought of coconut shrimp. No, the coconut oil does not add a coconut flavor to the dish. The pecan pie turned out beautifully and tasted like...pecan pie.

Coconut oil also has many health benefits from improving cholesterol levels to moisturizing your skin. I'm excited about incorporating more coconut oil into my cooking this year as I attempt to improve my own health as well as my husband's. I've even acquired a cookbook dedicated to the use of coconut oil. I also plan to transfer a small container of the coconut oil into the bathroom to use as a moisturizer. 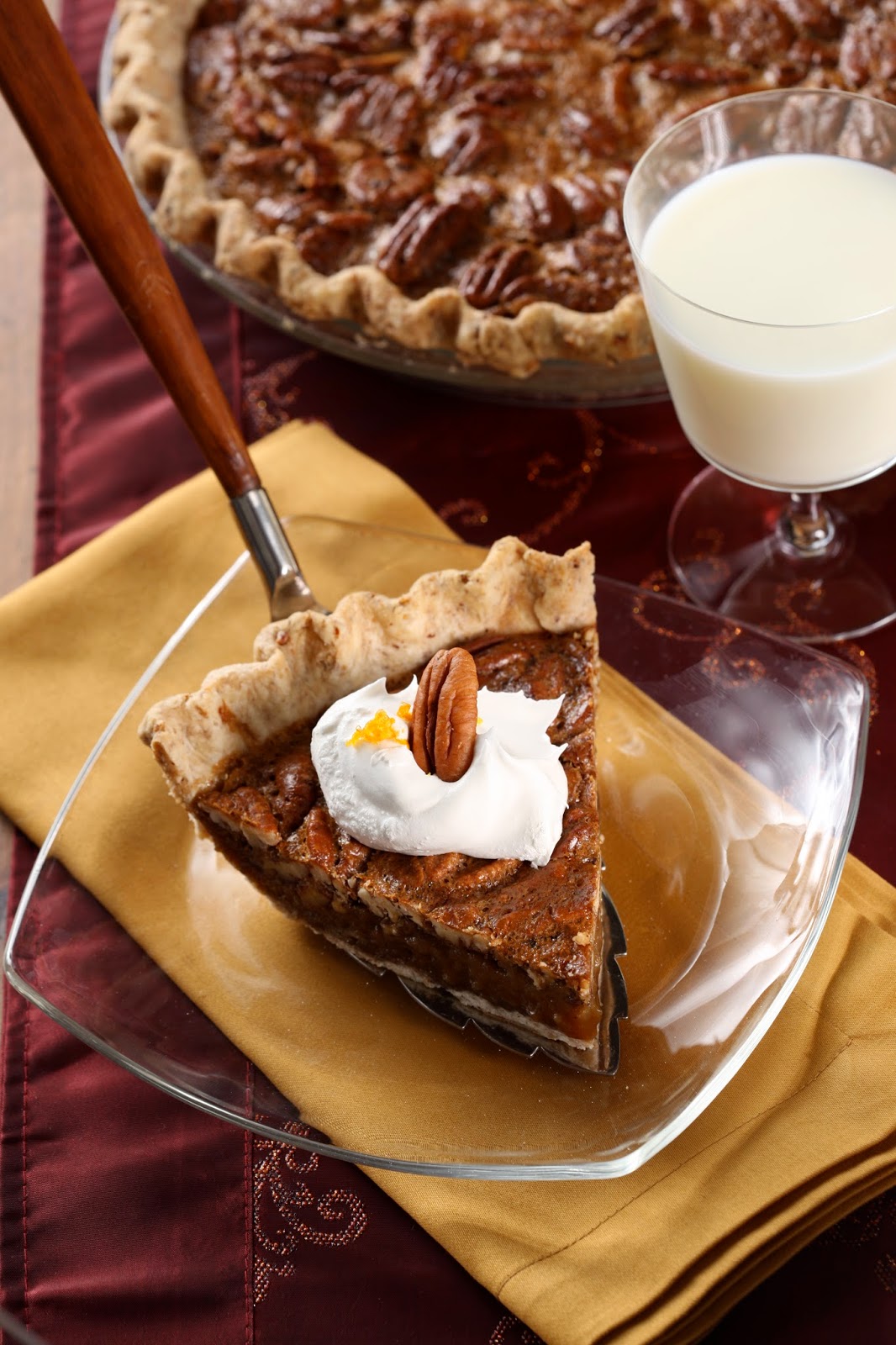 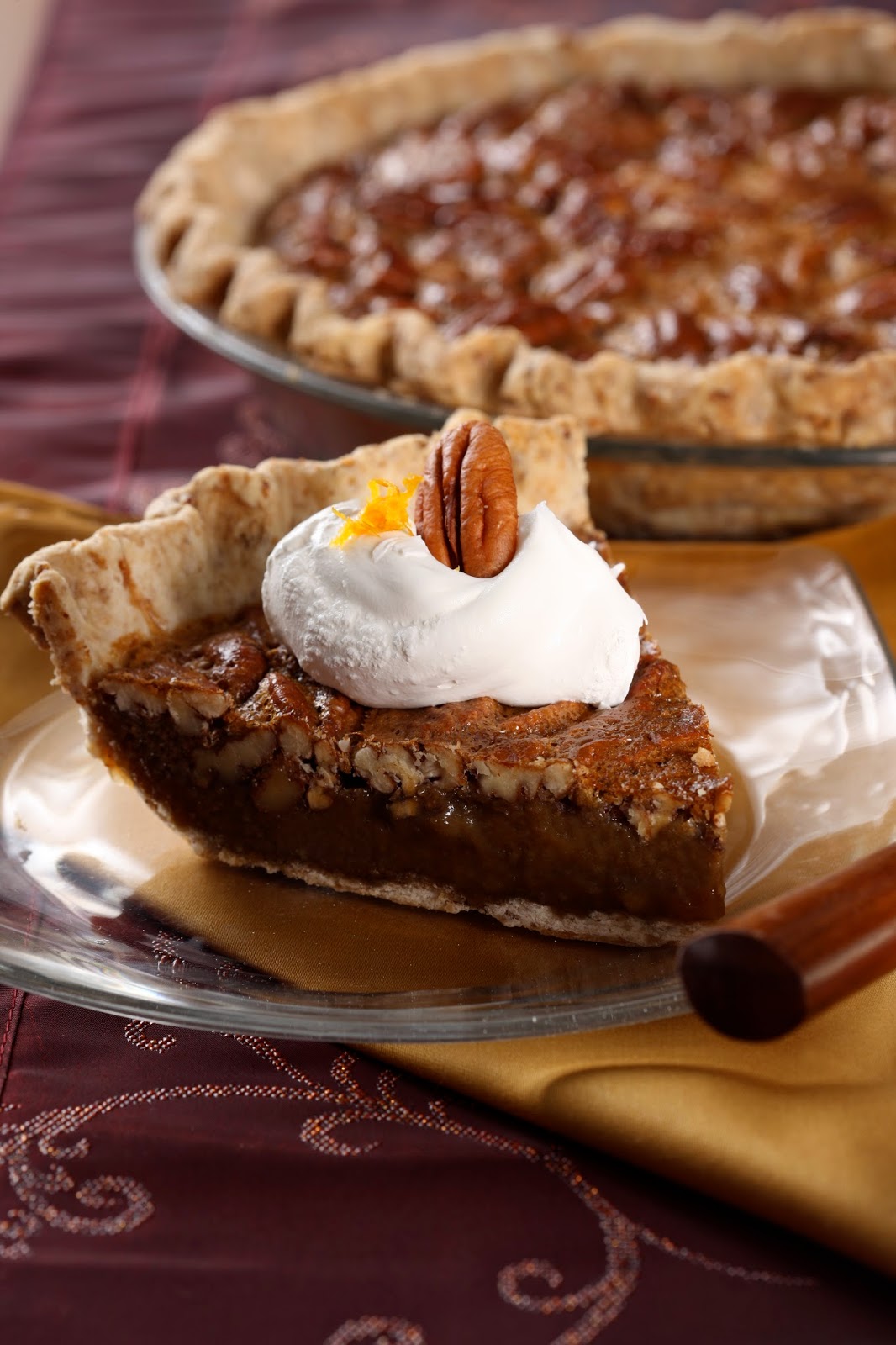 Pecan pie is my husband's absolute favorite pie. He's been requesting a slice for his snack in the evenings. This pie cuts cleanly and provides the perfect amount of sweetness.

Disclaimer: The manufacturer provided me with a sample of the product for testing; however, the opinion expressed here is my own.
Posted by Kim McCallie at 12:59 PM 1 comment: