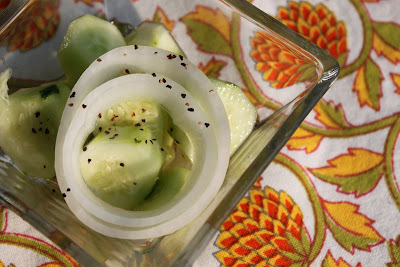 First of all, I apologize for the simplicity of this "recipe". I know some of you make these all the time. But, I'm taking the chance that there's one person out there, in some far away land, who is looking at a cucumber and wondering what can be done with it. At least I'm hoping that's the case. So, I'm going to give you a suggestion for what to do with said cucumber. Plus, my husband really wanted this dish so he went to the store and brought home a big bag of cucumbers. What could I do? There wasn't much of a choice. Fortunately, I love them, too. And, maybe you will, too, if you don't already.

In a large bowl, add the cucumbers and onions. Sprinkle with seasonings. Add enough vinegar to cover the cucumbers. Cover and refrigerate until chilled. 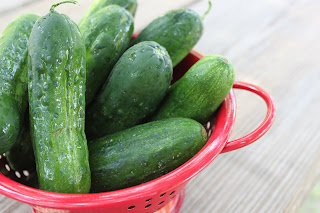 First of all, there are many different kinds of cucumbers out there. These are small pickling cucumbers. So, I used all of these. I like my cucumbers a little small so there aren't as many seeds. I've even marinated English cucumbers. They're good, too. My favorite cucumbers are the ones that come from our garden. We don't have any right now but will be overran with them this summer. This is the recipe I use to consume them. 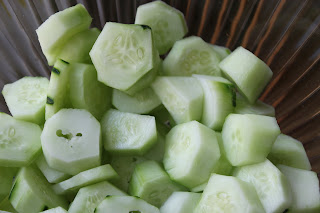 Another point - you don't have to peel them either. Eric likes peeled cucumbers so that's why mine are peeled. But, feel free to leave the skin on. 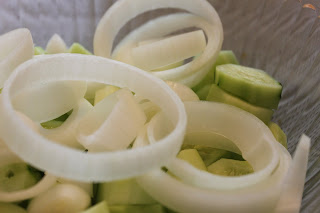 Also, I've made these many times without onions. I'm leaving it up to you and your tastes. 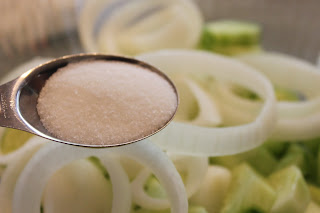 The sugar helps to cut the twang of the vinegar. It doesn't make them sweet. Add more sugar if you like sweet pickles. 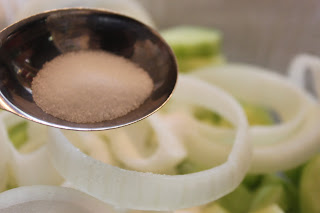 A teaspoon of salt 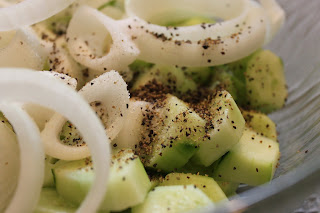 Throw in some pepper while you're at it. 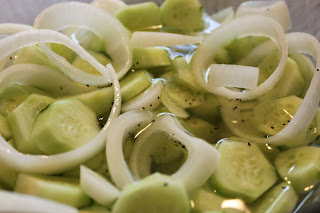 Cover with plain old white vinegar. Refrigerate until chilled. I like mine "fresh" while the cucumbers are still crunchy. Eric will eat on them for days, loving them after they start to get soft. 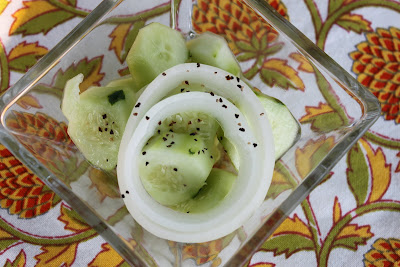 I'll warn you. These babies have quite a kick to them. But, in a good way...
Enjoy!!