The Pinwheel: Don't Party Without It 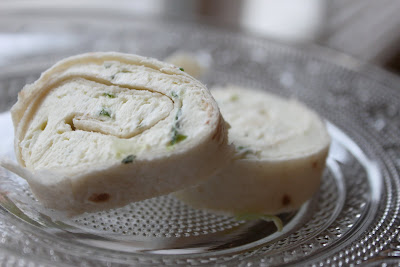 Many, many years ago in a land far, far away, I worked with a group of girls who loved to eat, especially finger foods. I include myself in this group. Heck, I was practically the leader of it. So, because we were limited to only a few acceptable times of year such as Christmas to actually partake in the consumption of finger foods, we invented the "festival". There was really no reason for the festival other than to bring loads of finger foods into the office, spread them out on every available surface, and munch on them for eight hours only stopping to take a lunch break.
I could go on and say that one time my friend Julia and I celebrated our birthdays by preparing an elaborate spread of goodies and ordering a huge sheetcake...just for the two of us. We cut the cake in half and each took a slab home with us. Maybe we should have invited others to join us but it didn't cross our minds. I could also relate another festival story involving a crockpot and a cat, but some tales are better left untold. Anyway, all you really need to know is that Julia created these pinwheels during the time of festival and we haven't had a gathering without them since then.
Pinwheels

With a mixer, blend together the cream cheese and Ranch dressing mix until fully blended. If using green onions, stir them in now and mix well. Spread a thick layer of cream cheese mixture over a tortilla. Roll tightly and wrap in plastic wrap. Repeat until all eight tortillas are used. Refrigerate overnight for proper firmness. To serve, cut off the ends of the tortilla. Slice evenly into bite-size pieces. 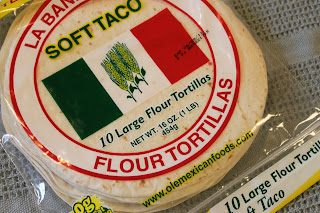 This is the size of tortilla that I use. I don't know why I only make eight instead of ten. That's what Julia does so that's what I do. But, the above recipe only makes enough filling for eight. Add more cream cheese and dressing mix if you want to make ten. 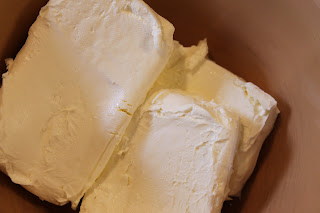 I would hate to tell you how much cream cheese I went through this past weekend for the bridal shower. I think it was about eight blocks. This recipes needs three packages of softened cream cheese. 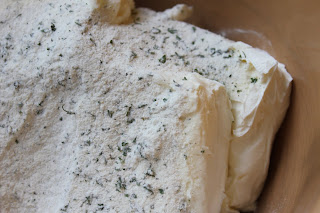 I have a large bottle of Ranch dressing mix that I got from Sam's Club. Three tablespoons equals one packet of the mix. I used 4 tbsp. for this recipe which I think is close to one and a half packets of dressing mix. 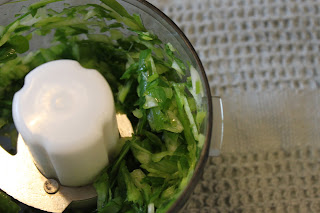 I deviate a little from Julia's original recipe by adding these green onions that I've blended in my little chopper. Again, this is optional. This is about two green onions. 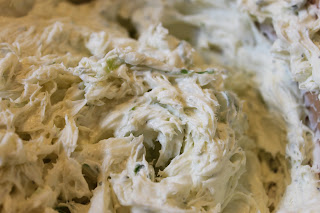 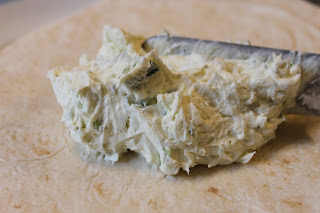 Use a big dollop of the mixture. 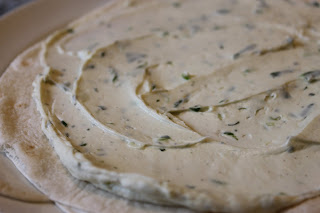 Spread the mixture evenly over the tortilla leaving a little border of tortilla. 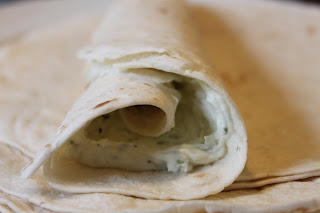 Wrap as tightly as you can. 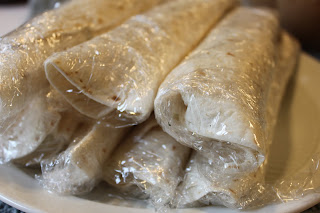 Wrap each one in plastic wrap and refrigerate overnight to thicken the cream cheese. 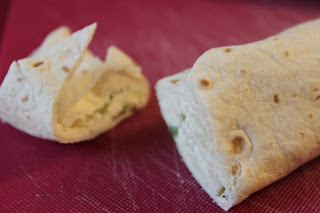 Good Morning, I'm back! Cut off the ends so the slices will be even and completely filled with the cream cheese mixture. 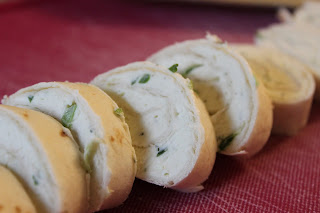 Slice the roll into equal pieces. A helpful hint: keep a paper towel beside you and wipe the knife clean when the cream cheese starts to build up between slices. This will help you make nice smooth slices. 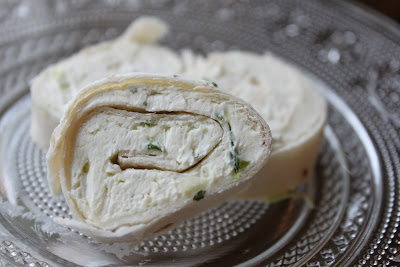 It's a party on a plate! Top with salsa or guac. Or, just eat it plain.
Thanks Julia! I miss our festivals...
Enjoy!!
Posted by Kim McCallie at 7:42 PM

Email ThisBlogThis!Share to TwitterShare to FacebookShare to Pinterest
Labels: Appetizer