It wasn't until recently that I bought a rotisserie chicken from the deli section at the grocery store for the first time. Eric called me on his way home from work and asked what was for dinner that night. When I told him that I had bought a rotisserie chicken, there was a long pause on the other end of the phone line, finally followed by an "oh". I hung up the phone and stared at the chicken sitting on the kitchen counter sweating in its plastic domed container. What can I do with you, ole winged one? I remembered that several times in the past, I had eaten chicken salad made from rotisserie chicken so I thought I would give it a try. See if I could turn the "oh" into an "OOOOHHH!!!" But, it had to be done Kim style!

Now, along with the massive amounts of garlic that is eaten in our house, we also consume equal amounts of cilantro. I realize that cilantro is a love-hate thing. Those who love it really LOVE it and those who hate it...well, they're just plain wrong!! But, if you're a lover, then follow me as I guide you through the easiest and most delicious chicken salad ever.

The most time consuming part of making the salad is removing the chicken from the bone. I've made the salad with lemon pepper chicken and the plain rotisserie chicken. Either type will make a good chicken salad. I, personally, would avoid the BBQ flavored one but that's just my choice. I shred the chicken by hand. 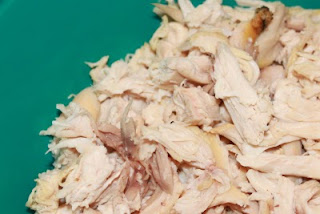 Next, I put Eric to work doing what he does best, chopping! That's a lot of cilantro and green onions. 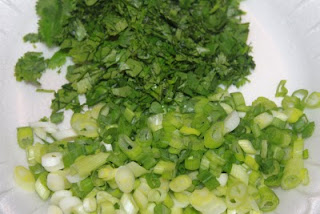 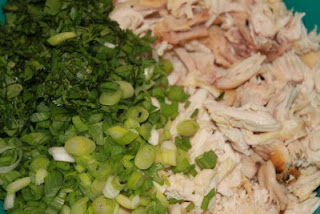 Next, I work on "Kim's Special Sauce". This sauce is great as a base for any kind of salad including pasta salad. I also make it to use as a dip for chicken fingers and fries. 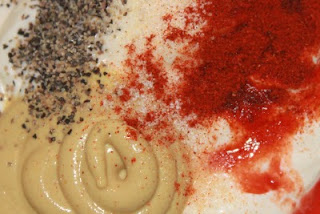 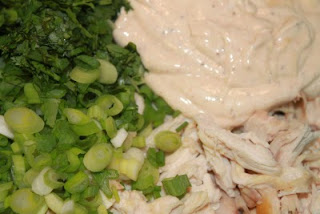 Mix all ingredients together until just blended. Enjoy on your favorite bread! 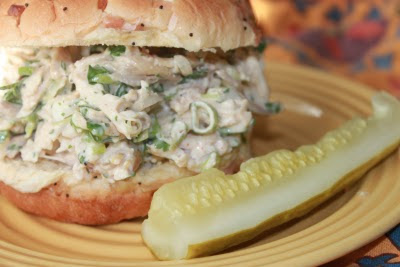