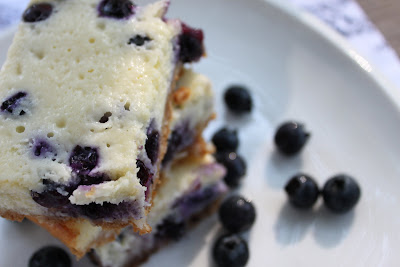 I'll be honest and tell you that I've had a few flops in the kitchen lately. There were a couple of dessert recipes that didn't turn out as I intended. There was a Nutella swirl pound cake where the Nutella settled to the bottom of the cake and formed a concrete base. Failure! Then, there was an attempt at a lemon cream cake where my whipping cream didn't get stiff enough and the filling ran out all over the sides of the cake. I had to just swirl it around like frosting and put it in the refrigerator overnight. Unattractive but still delicious and edible! A B- at best... Frustrated, but craving redemption, I returned to the kitchen with a recipe from bhg.com (Better Homes and Garden). And, I'm happy to say that I have earned an A+ on this one and I'm well on may way to making the Honor Roll again this term.

For crust, in a small saucepan, heat butter over medium heat until the color of light brown sugar. Remove from heat; set aside.

In medium bowl, stir together graham crackers, flour, coconut, pecans, and 1/4 cup sugar. Stir in butter until combined. Evenly press on bottom of prepared pan. Bake 8 to 10 minutes or until lightly browned.

Bake 18-20 minutes or until center appears set. Cool in pan on rack. Cover and refrigerate. Cut into bars. Store, covered, in refrigerator. Makes about 32 bars. 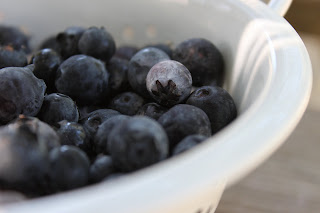 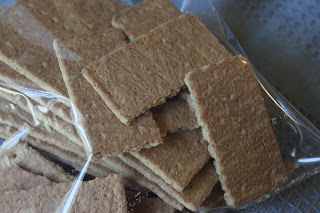 On to the recipe...I like to crush my graham crackers in a zippered bag - easy clean up. 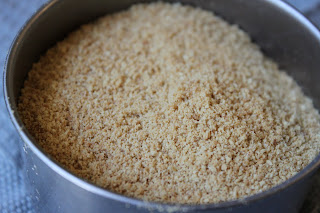 You'll need 3/4 cup of graham cracker crumbs. I sifted this to get out all of the big pieces of crackers. 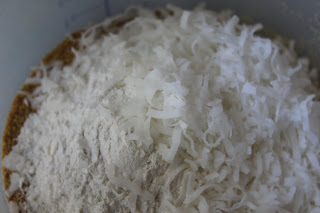 Mix the graham cracker crumbs, flour, coconut and pecans in a medium bowl. Add the melted butter and blend together. 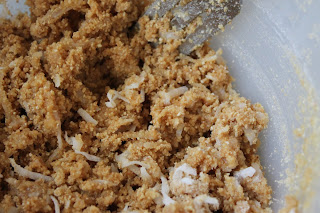 I used a fork to blend the crust. 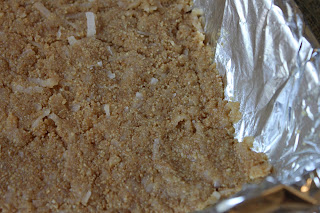 Spread the crust over a greased 13"x9" pan. I always line my pan with foil whenever I make bar cookies just to make the cutting easier. I just lift it out when it's done and spread out the foil. No sticking to the sides! Bake the crust for 8-10 minutes until golden brown. While the crust is baking, begin the filling. 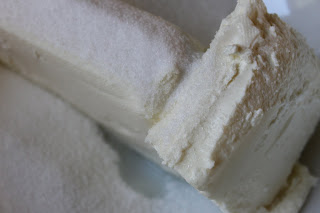 The filling was really simple  - cream cheese and sugar blended together. Add milk and vanilla flavoring. 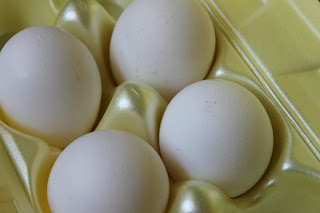 Then, I blended in four eggs. That's it! Pour the filling over the crust. 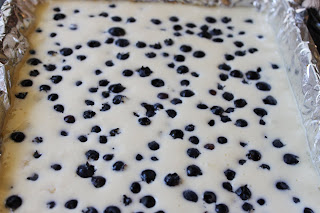 Sprinkle the blueberries over the filling. Don't stir them into the filling. I baked this for 20 minutes at 350 degrees. Then, I turned off the heat and let it sit in the oven for an additional 15 minutes to help the filling set up without overcooking. I refrigerated the cheesecake overnight. 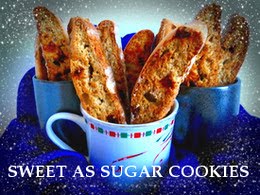 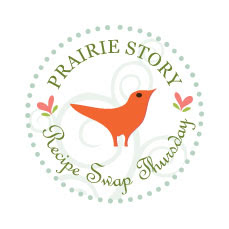