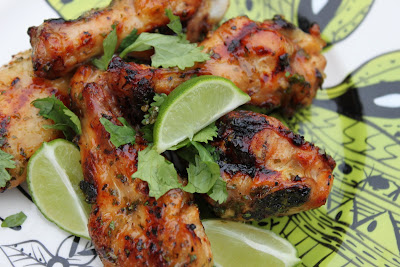 ﻿I can always count on Eric to have three suggestions for dinner - Low Country Boil, steaks, or chicken wings. And, when he started talking about chicken wings last night, I thought it would be a good time to use some of the Key limes that I hard purchased for my Key Lime Pound Cake. I didn't want them to go to waste. Whenever I think of lime-flavored chicken, I think of cilantro, too. I'm quite the Mexican food fan. So, Eric and I sat down together with our main ingredients and, adding a little of this and a little of that, we came up with this basting sauce. It's a winner!
Honey Lime Cilantro Wings

In a medium bowl, combine first ten ingredients. Cover and refrigerate for at least half an hour to allow flavors to blend together. Meanwhile, place the chicken wings in a large bowl. Sprinkle with kosher salt and pepper, if desired. Cover and refrigerate until sauce has had time to chill. When ready to cook, grill the wings on low heat (between 300-325 degrees) for approximately 30 minutes before basting with the sauce. After the wings have cooked for approximately 30 minutes, begin basting with sauce, turning the wings over until they're well coated. Grill until done, approximately 45-50 minutes depending on your grill's heat level. Sprinkle with fresh cilantro, if desired. 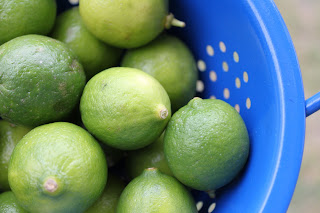 I used these Key limes for the zest and lime juice. But, the ingredients above are using measurements from regular limes, not Key limes. 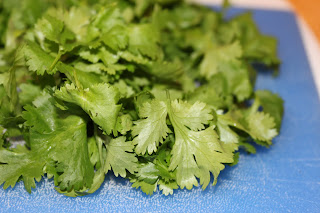 Eric started his sauce by chopping up some cilantro. 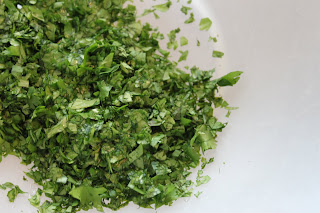 He chopped the cilantro and added the lime juice. 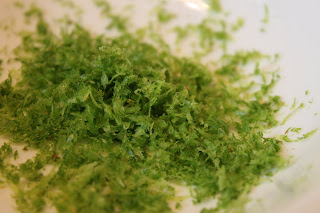 I zested the lime! 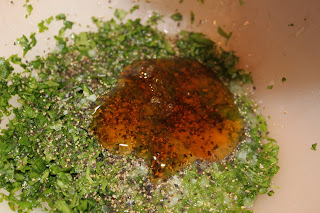 We added the honey gradually to balance the lime juice. We ended up using about 3/4 of a cup all together. We also sprinkled in some salt, pepper, and garlic powder. 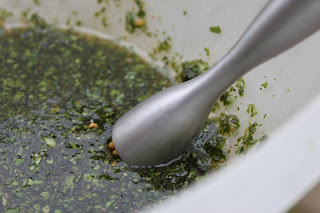 We also added some sugar, soy sauce, and minced garlic. The garlic was from a jar. Don't hate me! You'll want to give this sauce time to chill and blend. 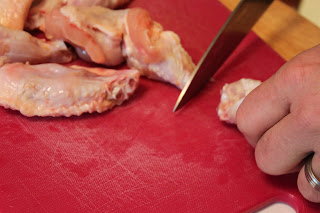 Eric took on the task of separating the wings. I'm glad it wasn't me... Season the chicken with salt and pepper and let it chill, too, while the sauce is chilling. 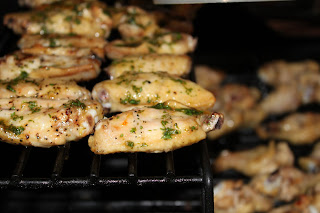 Grill the wings low and slow, waiting until you have about 15 minutes left before you start brushing on the sauce. You don't want the sauce to burn on the wings. 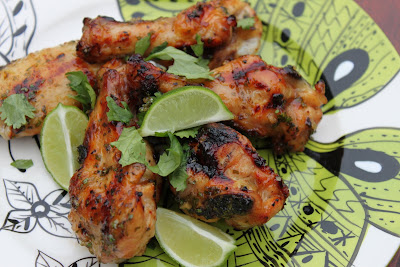 The fresh cilantro garnish brings it all together.
Enjoy!!
Linked to Everyday Sisters
Posted by Kim McCallie at 8:02 PM