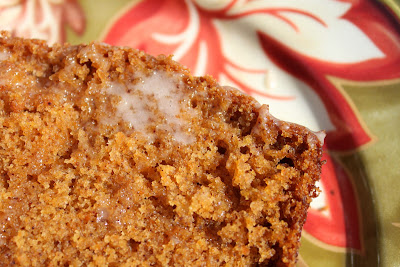 After baking an imperfect pumkin pie that left me reeling with disappointment, I decided to go back to basics with pumpkin bread. I found this recipe in Gooseberry Patch's Comfort and Joy, copyright 2004. As I write, my almost 8-year-old is now eating a piece of this in the living room. He hates pumpkin and almost anything else I bake that isn't brownies. I told a tiny white lie when he asked what it was. I told him it was cake and he's shoving it in his little mouth and saying it's good. This will keep him satisfied for about ten minutes. He will then return to the kitchen with his insatiable appetite and plunder the pantry and refrigerator. But, this pumpkin bread has bought me a little relief for now.

Note:  I divided the ingredients in half because I only wanted to make one loaf. 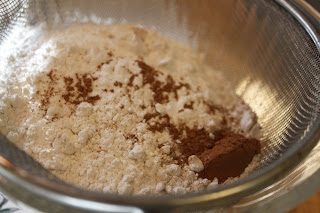 I sifted together the flour, salt, baking soda, baking powder, and cinnamon not once, not twice, but thrice. 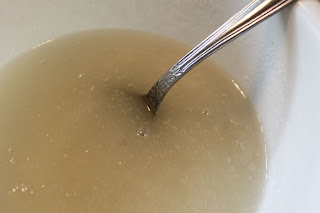 I mixed the sugar and oil in a separate bowl and added the sugar mixture, along with the beaten eggs and pumpkin to the flour mixture. 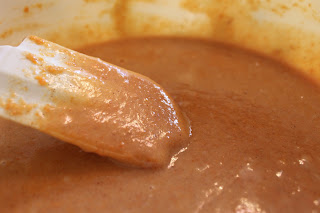 I stirred until well blended. The batter was smooth and silky. I baked in a greased loaf pan for one hour. 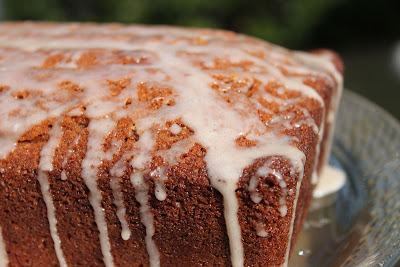 I whipped up a glaze with a cup of powdered sugar, 3 tbsp. milk and a pinch of cinnamon. I would have left the bread plain if I was going to freeze it.