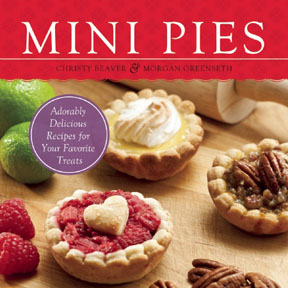 Mini Pies
by Christy Beaver and Morgan Greenseth
Ulysses Press
Just because something is small doesn't mean it's insignificant. The first thing I noticed when I saw Mini Pies by Christy Beaver and Morgan Greenseth was its size. It is a small paperback cookbook, roughly six inches square. But, as I read through the cookbook, I discovered that it isn't small. It's just compact, concise, and loaded with rich recipes. And, as you will see, even though the book is small, my results were big! 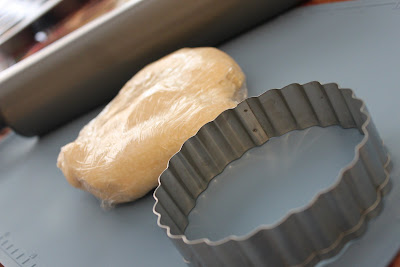 The cookbook is divided into the following categories: Pie Crusts, Fruit Pies, Creamy Custard Pies, Nut and Savory Pies, and Toppings. The pie crust section has pie crusts to suit everyone's tastes from the classics, "perfect pie crust" and graham cracker pie crusts to those with specialized dietary requirements - vegan and gluten-free crusts.

All of the classic fruit pies are covered. I'm particulary drawn to the Apple Chai and Ginger Peach. They're next on my to-do list. From the Creamy Custard Pie section, I've decided to make the pumpkin pies for Thanksgiving and will include the gingerbread man-shaped topper. But, the Peanut Butter Cream and Susanne's Lemon Meringue are equally appealing. The Nuts and Savory Pies section has what I consider to be the more gourmet recipes:  Caramelized Onion, Olive and Thyme Tart, Honey and Pine Nut Tart, and Cranberry Almond Pistachio.

But, with Thanksgiving on the horizon, I decided to try out a classic: Bourbon Pecan. Let me go ahead and introduce myself to you as a pie crust-making novice. I've made pies in the past but always with a frozen pie shell. Heck, I couldn't even get the refrigerated pie crust to work for me when I attempted to make a tart. How could I possibly think that I could make a pie crust from scratch? 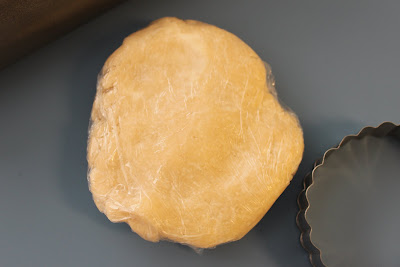 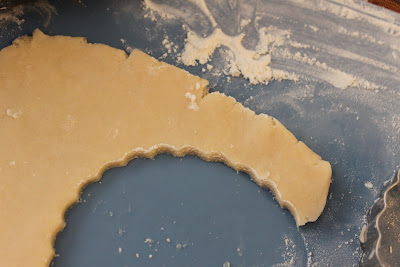 But, by closely following the precisely-written directions, I made this pie dough! Isn't it lovely? And, I'm proud and exhausted to say that I made this crust by hand with only the assistance of a pastry cutter. I have, since then, learned how to use my new food processor and will rely on that appliance in the future.
Bourbon Pecan 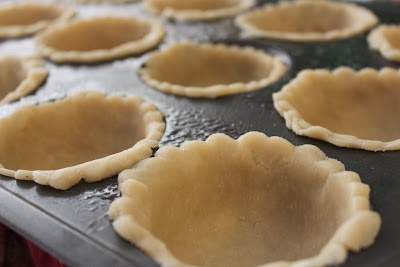 This was quite unchartered territory for me. I was amazed that I was able to accomplish it. I know that for some of you making pie crust is a simple process. But, making this one pie crust has opened up a world of possibilities for me. 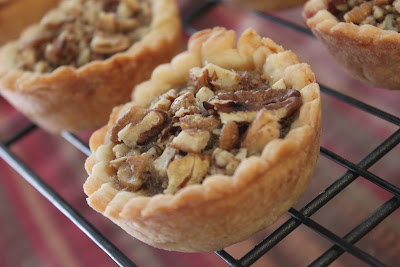 You know how we Southerners like our pecan pie. One note: I didn't have any bourbon but I had some strong bourbon vanilla extract so I used that instead. 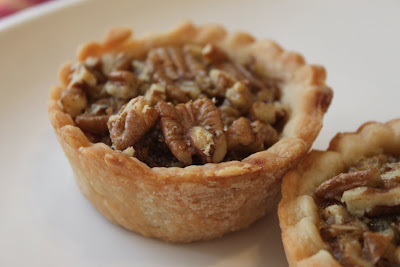 A big accomplishment thanks to Mini Pies.
Christy Beaver and Morgan Greenseth are the co-founders of Mini Empire Bakery in Seattle, Washington. Visit their web site at http://www.miniempirebakery.com/.


The publisher provided me with a copy of the cookbook, but the opinions expressed here are my own.﻿
Posted by Kim McCallie at 6:44 PM