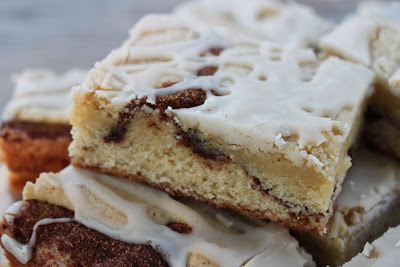 Sometimes, I run across a recipe that makes me stop what I'm doing, run into my kitchen, and take an inventory of ingredients. This was one of those recipes. I found it on a blog hop on Let's Get Cookin'. I did get cookin and then I got to eatin.﻿ These Snickerdoodle Brownies are everything I hoped for and more. They have the dense, chewy texture of a brownie but the cinnamon goodness of a snickerdoodle. This is as close to a homemade cinnamon roll that I've ever come to baking. They are now a permanent part of my life...and hips.
Snickerdoodle Brownies

Preheat oven to 350 degrees. Spray the bottom of a 9 x 13 baking pan with cooking spray.

In a small bowl combine flour, baking powder and salt. Set aside. In a larger bowl mix together softened butter, light brown sugar and sugar until blended. Add one egg at a time, then add the vanilla. Add the flour mixture and blend well. Spoon half of the batter into the pan and spread evenly.

Once baked, let it cool for one hour. Combine all ingredients for the icing and once cool drizzle it over the brownies. 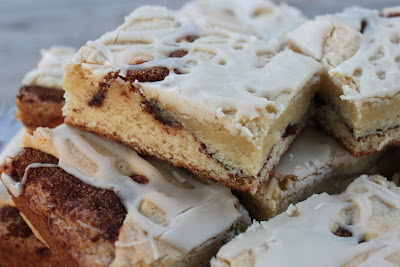 Yes, you must stop what you're doing and make these. 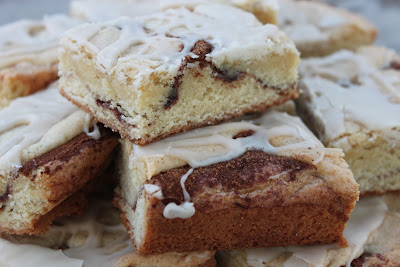