One Year of A Well-Seasoned Life: Celebration and Giveaway 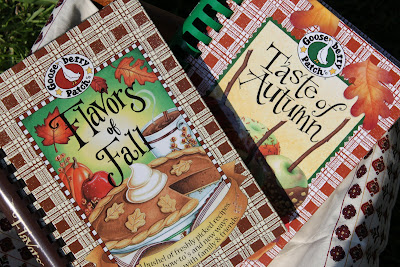 On August 6, 2010, I posted my first recipe, Deviled Tuna Casserole, and A Well-Seasoned Life began. Writing this blog has been one of the most creatively fulfilling experiences in my life. Every day is a milestone! And, I've found myself accepted in a community of wonderful bloggers who inspire me and encourage me to become better in every way.

I've also been fortunate in that I've been able to incorporate one of my other passions in life into the blog - my collection of Gooseberry Patch cookbooks. To have been chosen to be part of Gooseberry Patch's Featured Friday not long after I started my blog was more than a dream come true - it was a miracle! I am so grateful to have expanded my relationship with them and to be part of their Early Bird Reviewers. So, I want to send them a very special thank you for, basically, just existing and making my world a better place!

Call me an enabler, but I want to spread the addiction to you. If you're interested in winning this set of cookbooks, just become a follower (if you're not already) of my blog and leave me a comment with your e-mail address letting me know you're interested in the giveaway. Oh, in case you're worried, these aren't my actual cookbooks, I ordered you a new set. I wouldn't dare part with mine...