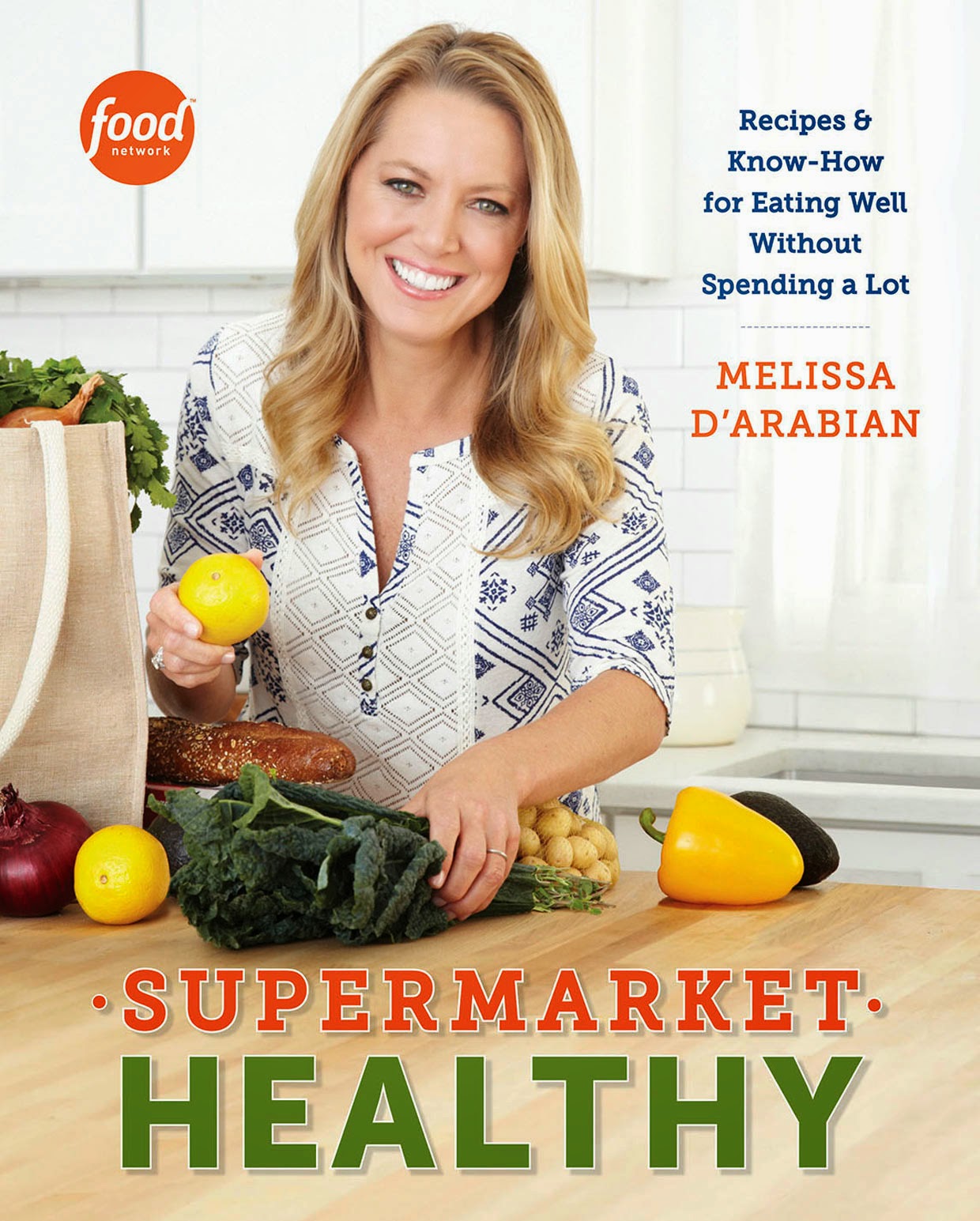 Supermarket Healthy is a cookbook geared towards faithful fans of Melissa D'Arabian's cooking show on the Food Network. I found most of the recipes to be a departure from her the simple, $10 meal recipes that she features on the show. It is a dense volume of recipes that cover 11 chapters: breakfast, snacks, soups/stews, salads/wraps/sandwiches, veggie mains, pasta, fish/seafood, chicken/turkey, beef/pork/lamb, sides, and dessert. Each recipe features healthier alternatives for certain ingredients such as coconut or soy milk, low-sodium broths, quinoa and brown rice.
When I read the title of this cookbook, I assumed that the recipes would be highly approachable for the average home cook. However, my initial impression as I thumbed through the pages was that most of the recipes did not appeal to me as either a cook or an eater. Almost every recipe had a little twist to it (ingredient-wise) that made me shake my head and move on to the next page where the sentiment was repeated. Again, if you're a fan of Melissa's show or Food Network in general, you'll want to add this to your collection. If you're just a home cook looking for new, simple recipes that have easily attainable and affordable ingredients from your local grocery store, you may want to do a little more research before you decide that this is the cookbook for you.

Melissa d'Arabian was a corporate finance executive before becoming the host of Food Network's Ten Dollar Dinners and Cooking Channel's Drop 5 Lbs with Good Housekeeping. She also developed the FoodNetwork.com seriesThe Picky Eaters Project, serves as lead judge on Guy's Grocery Games, and is the author of the New York Times bestselling cookbook Ten Dollar Dinners. Melissa has an MBA from Georgetown University, and lives with her husband and their four daughters in San Diego.

For more information on this cookbook, visit the Random House website.

Disclaimer: I received this book from Blogging for Books for this review.