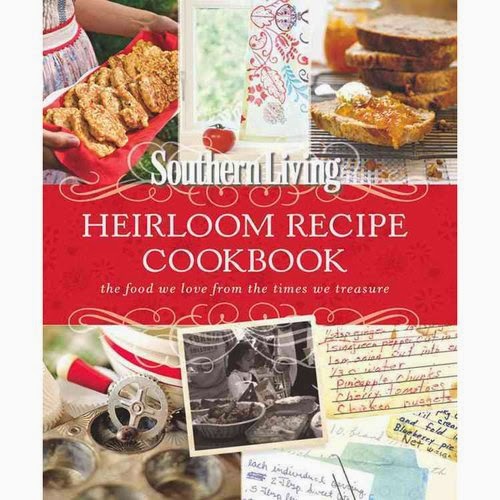 SOUTHERN LIVING HEIRLOOM RECIPE COOKBOOK:
The Food We Love From the Times We Treasure
Oxmoor House

My mom wasn't one to have magazine subscriptions. So, when I was growing up, I had little access to Southern Living magazines. As a teenager, I started spending time with a great aunt who lived in Augusta, Georgia. She was a fan of Southern Living magazines and kept a basket of them by the recliner in her den. Whenever I would spend time at her house, I would settle down with one of the magazines and read it from cover to cover. I fell in love with everything about the magazine from the stories to the recipes to the photographs. As an adult, I have subscribed to the magazine throughout the years and have added numerous Southern Living cookbooks to my collection.

The Southern Living Heirloom Recipe Cookbook combines everything that I love about the magazines ~ stories, recipes, and photographs ~ into one cookbook. Reading through this cookbook filled me with nostalgia as I remembered my sweet aunt and the evenings I spent at her house reading through her magazine collection. In addition to recipes, the cookbook is filled with personal essays from well-known southern personalities, interesting food trivia, and vintage photographs from past Southern Living cookbooks and magazines. This cookbook has quickly become one of my favorites.

The recipes cover a broad spectrum of southern favorites with chapters on cocktails, breads, main dishes, side dishes, covered dishes, desserts, and preserved fruits and vegetables. Traditional recipes such as Old-Fashioned Chicken and Dumplings, Best Waldorf Salad, Southern-Style Creamed Corn, Sweet Potato Casserole, Cola Cake, and Peach Ice Cream will help you create your own Southern Living traditions no matter where you live.

To get you started on your southern culinary journey, I have chosen to feature one of my favorite recipes from the cookbook, Southern-Style Creamed Corn. Now is the perfect time to take advantage of the sweet summer corn and prepare this simple dish which is the perfect combination of sweet and savory. 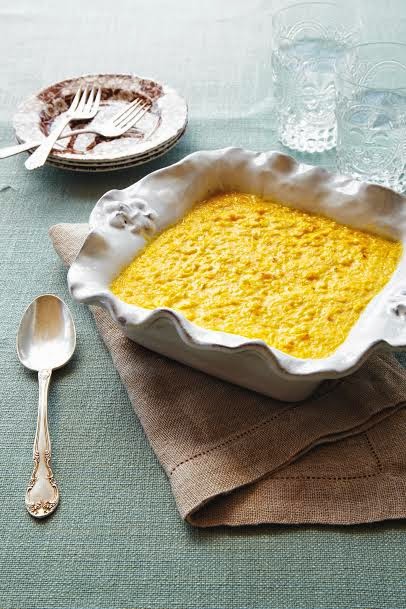 Note: Puree half of the corn for even creamier results.

Disclosure: The publisher provided me with a review copy of the cookbook; however, the opinion expressed here is my own.