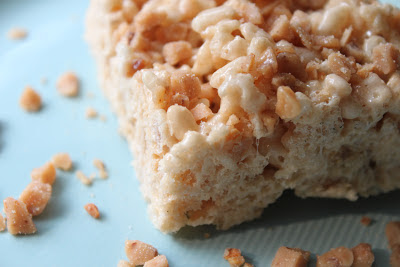 ﻿
Believe it or not, there was a world of television chefs before the Food Network came along and elevated chefs from public television personalities to international superstars.


As a child, I remember sitting in my parents’ living room on Saturday afternoons watching PBS’s block of cooking shows. My parents and I loved watching Nathalie Dupree, Jacques Pepin (who could forget the shows featuring his doe-eyed daughter, Claudine Pepin), Martin Yan (he can cook), and the legendary Justin Wilson. “I’m glad for y’all to see me. I gua-rone-tee!”

Watching these shows with my parents is one of my fondest memories. We would sit together as a family critiquing the dishes: wishing we could sample a dish or two and turning up our noses at others.

We laughed as Justin Wilson measured out a teaspoonful of salt in the palm of his hand for the one hundredth time. And, my mom with her preference for mild food would always note, “There he goes with his ole hot sauce.”

The programming would change from time to time and would include other legendary chefs such as Julia Child. I even caught some episodes of Jeff Smith, the Frugal Gourmet. I didn’t even know what frugal meant at the time. I thought it was a type of religion.

If you wanted a copy of any of the featured recipes, you needed to be prepared to take notes at the end of the show when you would get the episode number and the address to the television station where you would send your request. I like to think that the people who requested the recipes actually received them.

Years later, the Food Network became a permanent fixture in my own home. And, being a cooking show junkie, I watched it every spare chance I got. Then, my children came along and took possession of the television. Nickelodeon is now our way of life.

Because I allowed myself to lose control of the remove control, I also allowed myself to be weaned from cooking shows. That’s a good thing. I now get my cooking fixes from my cookbooks, my favorite web sites, and my own experiences in the kitchen. Back to basics, just like PBS.

Even though instant gratification is nice like turning to the Food Network whenever you want your cooking show “fix” or running to the internet and printing out the recipes you want from a certain episode, there’s something to be said for patience and waiting.

Waiting with your family on Saturday afternoons to catch the week’s episodes, waiting for the recipe you requested to arrive in the mail, waiting for a visit to a library or bookstore to thumb through cookbooks and handwriting the recipes you want to try. Waiting, anticipating, but thoroughly appreciating…

When I think back to those days and the snacks that we would eat, my mind always goes to two treats: Jiffy Pop popcorn in the silver domed-pan and homemade Rice Krispies treats. While microwave popcorn and store-bought treats are the norm in my home, I do like to whip up a batch of treats every now and then. And, I like to add a few things to make them even more special.

Prepare a 9”x13” baking dish by coating the bottom and sides with 1 tbsp. of butter. In a large stockpot, melt ¼ cup of butter and marshmallows, gradually adding the brown sugar until fully blended. Remove from heat, stir in the vanilla. Add the cereal and toffee bits. Gently press the mixture into the prepared pan. Sprinkle a few extra toffee bits on top if desired. Let the mixture cool and cut into squares.